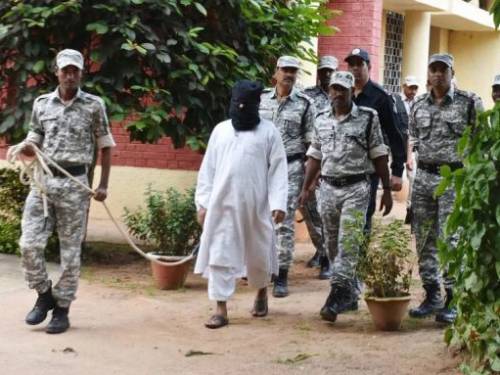 A most wanted terrorist of Al Qaeda was arrested by the Anti-Terrorist Squad of Jharkhand Police on Saturday. The terrorist Kalimuddin Mujahiri was wanted for a long time for his activities, and he was found living in Madrasa.

According to reports, Kalimuddin was arrested from Tatanagar Railway station in Jamshedpur. According to police, he was involved in motivating and recruiting youths from the Indian subcontinent for jihad.

Jharkhand: Terrorist Kalimuddin Mujahiri arrested from Jamshedpur. ADG ML Meena says,“He was wanted for his involvement in terrorist activities&was absconding since 3 yrs. Anti-Terrorism Squad arrested him yesterday. He was living in a madrasa & used to prepare youth for Jihad” pic.twitter.com/IUglcYUJYx

Additional Director General of Police (Operation) ML Meena told media that “he was wanted for his involvement in terrorist activities, and was absconding since 3 yrs. Anti-Terrorism Squad arrested him yesterday. He was living in a madrasa & used to prepare youth for Jihad”. He said that Kalimuddin used to send new recruits to Pakistan for training.

The Al Qaeda terrorist is a resident of Jamshedpur and he was absconding for three years. Several cases under various cases of Indian Penal Code are lodged against him in Jamshedpur.