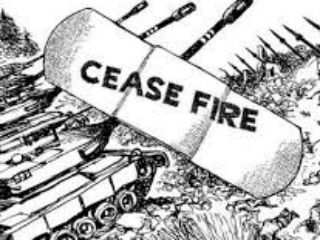 Jammu : Pakistan on Sunday again violated ceasefire for the third consecutive time within less than 24 hours when its troops resorted to unprovoked firing and shelling along the Line of Control (LoC) in Rajouri district. On Saturday, it had fired twice in Krishna Ghati sector of Poonch district.

Col Anand said Indian troops had been retaliating befittingly, adding that no injury or damage was reported on the Indian side.

Earlier, on September 2, one Army jawan had attained martyrdom in unprovoked Pakistani firing in violation of ceasefire along the LoC in Poonch sector. A day earlier, Pakistan had violated ceasefire in Poonch sector. Five soldiers and two civilians, including an infant, have been killed during ceasefire violations since the last week of July.

According to a statement released by the J&K government, Pakistani army has violated ceasefire a total of 1,900 times this year, with more than 222 incidents being reported in just 25 days since August 5, the day Parliament nullified Article 370 and bifurcated J&K into two Union Territories.

Amid all this, Army chief General Bipin Rawat visited J&K on August 31 — his first visit since August 5 — to review the ground situation.