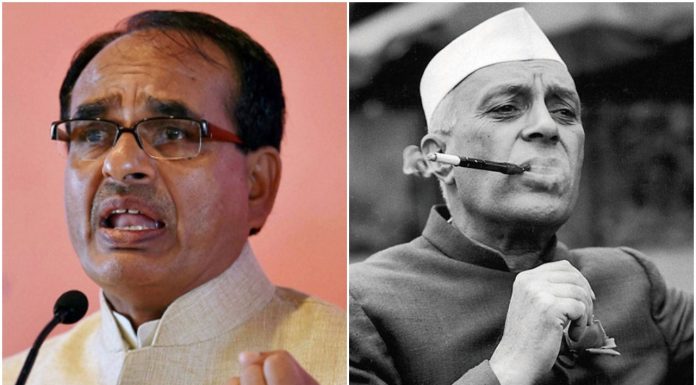 According to ANI, senior BJP leader Shivraj Singh Chouhan said, “Jawaharlal Nehru was a criminal. First, he committed the crime of announcing ceasefire in war with Pakistan at times when Indian forces were driving out the Pakistan infiltrators from Jammu and Kashmir (J&K), due to which one-third of the portion (PoK) remained with Pakistan.”

“The second crime he did was the crime of imposing Article 370 in Jammu and Kashmir. In one country, how can two symbols, two constitution and two heads can exist? This was not injustice but was a crime against the nation,” said Chouhan.

Former Madhya Pradesh Chief Minister & BJP leader Shivraj Singh Chouhan: His (Jawaharlal Nehru) second crime was Article 370, ‘ek desh mein do nishan, do vidhan, do pradhan’ it was not an injustice to the country but a crime against it. (10.8.19) https://t.co/Z5sC3oJwPK

Shivraj Singh Chouhan’s attack on former Prime Minister Nehru comes after Parliament recently corrected a historic Nehruvian blunder by revoking Article 370 that gave separate status to the Jammu and Kashmir and also passed Jammu and Kashmir (Reorganization) Act 2019, reorganizing the state in two Union Territories — Jammu and Kashmir with Assembly and Ladakh without it.