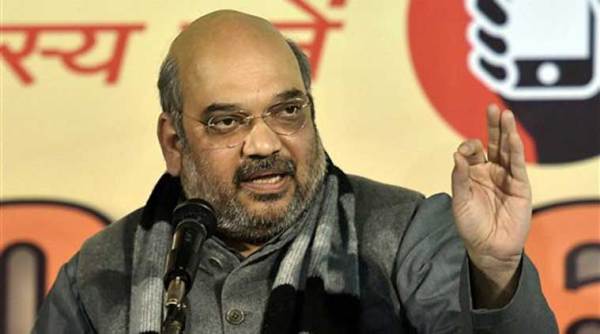 New Delhi : We will sacrifice our lives for Kashmir, Union home minister Amit Shah on Tuesday retorted as Congress leader Adhir Ranjan Chowdhary questioned the stand of the government on Pakistan-Occupied-Kashmir, a day after Centre announced its plan to scrap Article 370 which gives special status to J&K.

“Jammu & Kashmir is an integral part of Union of India. Kashmir ki seema mein PoK bhi aata hai…Jaan de denge iske liye! (POK also falls under the boundaries of Kashmir. We will sacrifice our lives for it.),” Shah said while responding to a query by the leader of the Congress party in Lok Sabha.

Moving a resolution for abrogating some provisions of Article 370 and the Jammu and Kashmir Reorganisation Bill 2019, Shah said there has been a long-standing demand for status of Union Territory to Ladakh which was fulfilled by the Narendra Modi government.

Shah further clarified that his mention of J&K has always included PoK and Aksai Chin, which are currently under the control of Pakistan and China, respectively.

Earlier, Chowdhary interrupted Shah’s address to question the government’s stand on Pakistan Occupied Kashmir. “I don’t think you are thinking about PoK, you violated all rules and converted a state into a Union Territory overnight,” he said.

Chowdhary asked if, after the government’s decision to split the state in two Union Territories, J&K is still an internal matter. “S Jaishankar (external affairs minister) told Mike Pompeo (US secretary of state) a few days before that Kashmir is a bilateral matter, so don’t interfere in it. Can J&K still be an internal matter? We want to know. Entire Congress party wants to be enlightened by you,” he questioned.

To this Shah questioned if Congress is suggesting the UN to intervene in solving the Kashmir issue? “This country’s Parliament cannot be stopped from making any law on J&K. Does Congress want the UN to resolve Kashmir?” Shah asked.