The member of parliament from Delhi Pravesh Verma today met the Lieutenant Governor of Delhi Anil Baijal in regard to the illegal encroachment of government land for construction of mosques, cemetery, madrasas and Muslim shrines. He has submitted a list of 54 such government land on which illegal mosque and graveyard were erected.

In the letter written to the Lt Governor, the MP from the West Delhi Lok Sabha seat alleged that there exist 54 mosques, Muslim shrines, madrasas and cemeteries built on land that actually belonged to Delhi government. The Lieutenant Governor has assured him that all these places will be investigated and if his allegations are proven true then the government authorities will take control of such properties. 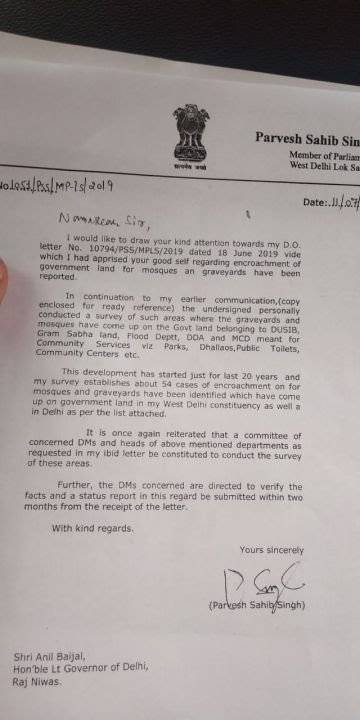 According to Verma’s letter, the construction was done on grounds of Gram Sabha, flood department, food department, DDA and MCD where parks, public toilets and community centres were envisioned to be constructed. Pravesh Verma has urged the Governor to constitute a committee of the heads of the concerned District Magistrates and concerned departments and order an investigation wherever the illegal occupations are held. 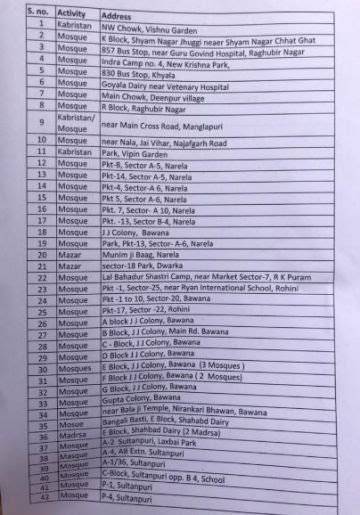 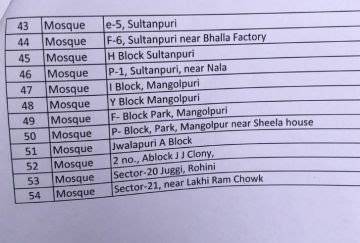 MP Verma said, “When the elections start approaching, construction of religious structures like mosques, Muslim shrines and graveyards starts commencing. I only have an objection to the construction of these structures on government land illegally. There are 54 such places where mosques and graveyards are built. The list of the unlawfully encroached land that has been sent to Lt Governor includes lands belonging to the 4 Lok Sabha constituencies of Delhi. Such illegal occupation has happened in other constituencies of Delhi as well.”