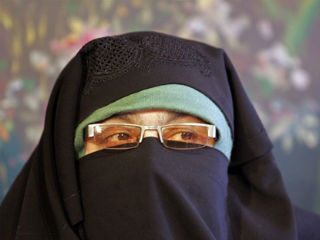 Srinagar : The National Investigation Agency (NIA) on Wednesday attached the property belonging to Kashmiri separatist leader Asiya Andrabi here for allegedly supporting terror activities. According to the officials, there is no search being carried out.

The chief investigating officer “has reason to believe that property specified in the schedule noted hereunder represents proceeds of terrorism and has been used for the furtherance of terrorist activities of a proscribed terrorist organisation,” the NIA letter reads.

It further says: “Therefore, in the exercise of the powers granted under Section 25 of the Unlawful Activities (Prevention) Act 1967, I hereby order the attachment of the property specified in the Schedule hereunder as proceeds of terrorism. It is further directed to all concerned not to the prior permission of the undersigned.”

Vikas Katheria, superintendent of police, National Investigation Agency, is the chief investigating officer of the case.

The Enforcement Directorate (ED) in March had also attached the properties of Kashmiri separatist leader Shabir Ahmad Shah in Srinagar for his alleged involvement in terror funding.

According to ED, Shah was involved in illicit activities along with Pakistan-based terror outfit Jaish-e-Mohammad’s hawala operator Mohd Aslam Wani. Shah has confessed during interrogation that he has no source of income.

Wani and Shah were arrested by the ED in 2017 in connection with money laundering.