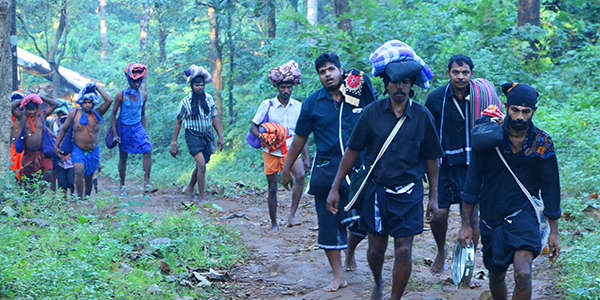 The Kerala Forest Department in its ecotourism development report to the Centre has termed Sabarimala pilgrim chants as ‘noise pollution’ and listed out the environmental ‘hazards’ caused by the pilgrimage.

The Travancore Devaswom Board, which manages the holy Hindu shrine, has taken strong exception of the report, with its president A Padmakumar terming the statements as a mockery of the pilgrimage itself, as reported by The Hindu.

The report by the Forest Department reads, “The major hazards caused by the movement of pilgrims include collection of firewood from the forest, cutting poles for constructing sheds, littering of biodegradable plastic waste, noise pollution by chanting religious slogans, creating trekking tracks through trampling resulting in soil erosion, lighting at night during trekking to the temple, temporary camps, and halting places.”

The report further says that the Forest Department ‘seldom controls the pilgrimage activities’ despite affecting the ecological sanctity of the area.

Padmakumar has also alleged that the report is an attempt by the Forest Department to sabotage the pilgrimage instead of cooperating with the Board to facilitate it.