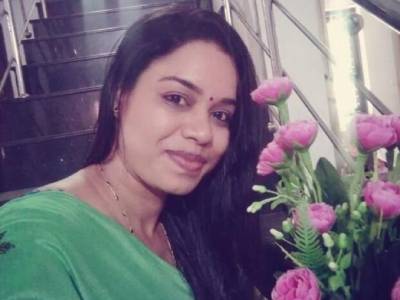 On Saturday afternoon woman police officer, Soumya Pushpakaran, died after being hacked with a sword and set ablaze by a fellow police officer, Ajaz, in Alappuzha district of Kerala.

Soumya is a Civil Police Officer (CPO) who worked at the Vallikunnam police station, aged approximately 35 years old was a mother of three children and her husband is working in the Middle East.

Reportedly, the victim after completing her duty with student police cadet members in a nearby school was returning home from the police station on a scooter at about 4 pm. Ajaz, who was waiting in a rented car near her house, on seeing her approach her house, proceeded to ram into her vehicle. The victim was knocked down and tried to run. However, Ajaz got up with a machete in his hand after which he chased her to a neighbouring house.

He hacked the victim, took out the petrol that he had brought along with him and set her on fire. Ajaz has suffered 40% burns after the victim had tried to resist him. He was admitted to ICU in Alappuzha Medical College Hospital.

As per reports, the 33-year-old N.A. Ajaz was posted with the Aluva traffic police. He had taken a 15-day duty leave, a week ago. Despite having joined the police station a year ago, his colleagues have said that Ajaz didn’t have a close relationship with any of them. Several reports also suggest that this was a love affair that had gone wrong. However, the police have said that the motive of the murder is still not clear. (Actually this is not ‘a love affair that had gone wrong’. It looks like a case of Love Jihad, where a jihadi was forcing a married Hindu woman to leave her family and stay with him ! – Editor, Hindujagruti)

Soumya was selected to train at the Kerala Police Academy, Thrissur on June 16, 2014. A friend of Soumya had revealed that the two had met during the last few months of training after which they became friends. Ajaz came as havildar for imparting training and had trained her team for 2-3 months.

An officer had also revealed that after Soumya’s husband went abroad, Ajaz tried to force Soumya to stay with him. She refused and kept her distance from him.