Disputed News* : We had taken this news from Hindu existence website.

This report was published as written and sent by Jolly Sharma based upon the inputs from News18, now showing 404 error. News18 acts as a partner of CNN. The News in this trail had its connection with a serial murders happened in 2007. The named police officer in the report, Dipesh Juneja, is not in the any office of Meerut Police. The report in question was challenged by some websites like https://factly.in/, http://rswahili.com/marathi/, https://www.bbc.com/hindi and found year and material inconsistency. But, in the same manner Two Muslim mastermind Ali Ahmad and Salim, posed as taxi drivers, murdered 250 passengers in 2007 in a gruesome way with the help of their associates.

This report was timely tweeted tagging UP CM and UP Police, but there was no response at all from their part.

We are sorry for the publication of this disputed news and restricted Jolly Sharma, the reporter here, for submitting an unverified news in a hurry. ED. HINDU EXISTENCE WEBSITE. 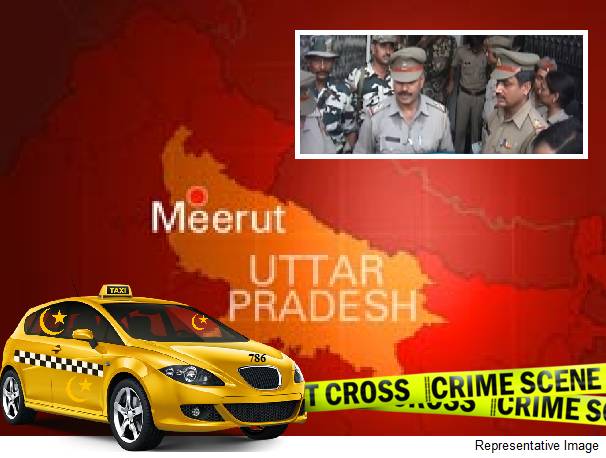 Jolly Sharma | HENB | Meerut : In a shocking confession, a jihadi man arrested on charges of murder has claimed to having killed about 250 people in the past four months, police said on Thursday, adding that the matter was being investigated.

The accused, identified as Salim, is a middle-aged taxi driver in this Uttar Pradesh district who, along with an accomplice, used to murder his passengers and pocket away all valuables, according to police. The murdered passengers are mostly non-Muslims and obviously from Hindu community. The count of murders stands on an average two murders per day. The Taxi driver also used to offer five Namaj as per reports so far available.

“During the interrogation, Salim said that he had killed about 250 people in the past four months,” Meerut Senior Superintendent of Police Dipesh Juneja said.

“We laid hands on the killer during the course of investigation of a dual murder that took place on February 14,” he said.

Police were now trying to trail Salim’s accomplice in the crime.

According to the police, Salim said in his interrogation that his victims included men, women and children. Investigations were on to find out more about his crimes.

A source said that Salim never repented for such serial murders of 250 like that and he claimed those as a grace of Almighty Allah that he could be able to decrease some numbers of Kaffirs (infidels) to establish India as an Islamic State.

Such mentality of jihadis to decrease the numbers of non-Muslims came to light in various occasions those could be believed hardly as a reality.

Earlier, a Muslim doctor in gynecology and obstetrics named Seigu Siyabdeen Mohammed Shafi was reportedly arrested by police at Gettuwana-Kurunegala in Sri Lanka for his alleged involvement of sterilization of thousands of non-Muslim women without their consent.