Owing to lack of unity amongst Hindus, Hindus’ religious sentiments are hurt again and again through films. To avoid this, Hindus need to unite and fight, in lawful manner, against every attack on Dharma ! 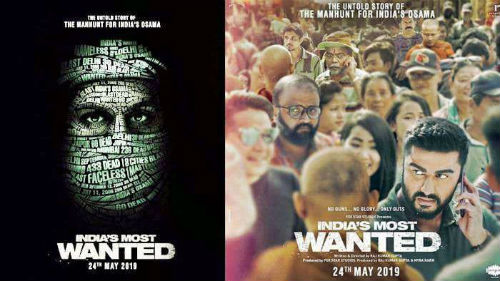 Pune : One Pakistani terrorist is shown as giving reference of a ‘shloka’ from Bhagavat Geeta in film ‘India’s Most Wanted’; therefore, Hindus’ religious sentiments have been hurt and ban should be imposed on the film. The above demand was made by Shri. Pradip Naik, RTI – activist through a representation submitted to District Collector Navalkishore Ram. Trailer of the film has been released and the film will be released on 24th May. Mayra Khan is the producer of this film and Rajkumar Gupta is Producer and Director of this film.

Philosophy explained in Geeta, being told by a terrorist, is paradoxical. Anti-Hindu matters are shown again and again in Bollywood. Hindu Dharma and Holy Scripture has been shown in distorted manner in this film. Hindu Dharma doesn’t advise any kind of terrorism and Hindus are not terrorists, says Shri. Pradip Naik, in his representation.