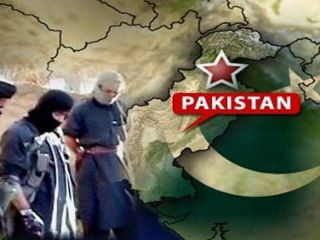 Amritsar : Another Hindu girl was abducted in Pakistan’s Sindh province on Monday night, just days after two minor sisters, Reena (15) and Raveena (13), were allegedly kidnapped, forcibly converted to Islam and married to Muslim men on the eve of Holi in the southern province.

There have been seven incidents of abduction and forced conversion of Hindu girls in a little over a month till now in Sindh. Two Hindus were also killed in the same period.

The latest incident involves 16-year-old Mala Kumari Meghwar, who was allegedly kidnapped from her home in Badin district of Sindh on Monday night. A Pakistani Hindu leader, who requested anonymity, claimed the local police had refused to lodge an FIR in the case.

A Pakistani court, meanwhile, ordered on Tuesday official protection for the two Hindu girls kidnapped earlier due to concerns about their safety as the authorities widened a probe to ascertain if the teenage sisters were abducted, forcibly converted and married, PTI reports from Islamabad.

Sindh minister for minority affairs Hari Ram Kishori Lal, according to a source who too requested anonymity, has directed the police to register a case in Monday night’s kidnapping. The minister also directed Sindh minorities affairs director Mushtaq Ahmed to ensure the immediate recovery of Mala Kumari Meghwar, the source told TOI.

The recent cases of abduction along with forcible conversion and marriage have led to fissures in the Hindu community, the largest minority group in Pakistan. Without naming anyone, the source told TOI that there are a few elite Hindu politicians in Pakistan who instead of helping the community were serving the interests of the ruling government; the source described them as puppets. “These leaders prefer to hide the facts about abductions of Hindu girls and when the news is revealed through other channels, they make huge announcements,” the source said.

A Hindu parliamentarian from Imran Khan’s Pakistan Tehreek-e-Insaaf (PTI), Ramesh Kumar Vankwani, on Tuesday tabled two bills and one resolution against forced conversions, child marriages and for the protection of minorities in the National Assembly in Islamabad.

Vankwani told TOI on the telephone from Islamabad that the bill, the Child Marriage Restraint Act (Amendment 2019), seeks to make provisions for the right of freedom of marriage and to ban child marriages. The second bill, the Criminal Law (Protection of Minorities) Act, 2019, says no person shall be deemed to have changed his or her religion until attaining the age of 18 years.

Vankwani, who is also patron-in-chief of the Pakistan Hindu Council, emphasised that the resolution demanded strict action against all culprits in these cases, including controversial religious figures such as Mian Mithu Bharchoondi and Pir Ayub Jan Sirhindi, for their alleged role in forcible conversion of Hindu girls.

The Islamabad high court ordered official protection for the two Hindu girls kidnapped earlier after a petition was filed by the girls and their husbands to seek protection from adverse action. Chief Justice Athar Minallah, who heard the case, handed over custody of the girls to the Islamabad deputy commissioner and the director general for human rights and ordered that a female SP be deputed to ensure the girls’ safety, PTI reports.

The court directed the authorities to present before it an investigation report by April 2 when it will issue further directions, according to PTI. The court also noted that Prime Minister Imran Khan has ordered probe to ascertain if the two girls were abducted and forcibly converted and married.