Temples taken over by Govt. should be handed over to devotees for proper utilization of Devasthan’s funds ! 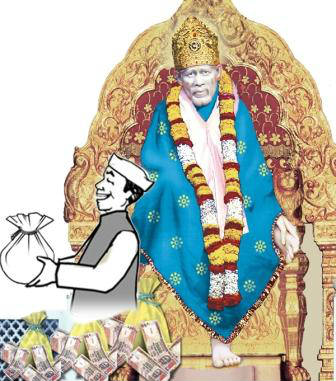 Sambhajinagar : High Court has issued ‘Stay’ on interest-free loan of Rs. 500 crores proposed to be lent to State Government for Nilwande dam’s canal at Nagar by Shirdi shrine on 30th January. On 4th February, advocate Suresh Kulkarni and advocate Umesh Bhagdaonkar filed this intervention petition on behalf of advocate Virendra Ichalkaranjikar, national President of Hindu Vidhidnya Parishad (HVP). The petition has been admitted by Court and stay order has been retained against extending interest-free loan. The next hearing has been scheduled for 7thFebruary. It was earlier informed by advocate Virendra Ichalkaranjikar, national President of HVP that Shirdi shrine would be lending Rs. 500 crores to State Government. He had filed petition with Sambhajinagar Bench of Mumbai High Court raising objection to the above loan. Shirdi shrine cannot lend loan to the Government as per law and resolution was passed to that effect by the shrine. Even earlier in other cases, every responsible officer from ‘Mantralaya’ had given opinion against lending money; still the Chief Minister decided to lend. Such action was done as per own wish, stated advocate Kulkarni in Court, on behalf of advocate Virendra Ichalkaranjikar.