Is AMU located in India or Pakistan ? And Govt gives grant of billions of rupees to such type of Universities ! 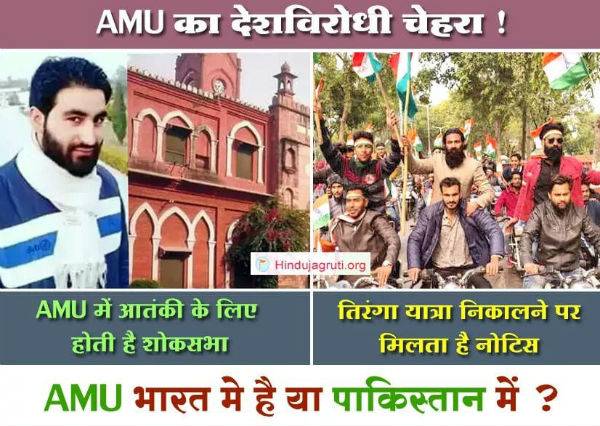 The notice states that the students not only organised the rally without prior permission but also disturbed the ongoing classes. It further reads that the rally has created ‘fear among the bonafide students’ some anti-social elements and outsiders were allegedly invited in the rally.

The students have to submit their response by Wednesday failing which action would be taken against them. Professor Mohsin Khan, the proctor of the University said that the notice was issued to the students as they had organised the rally during teaching hours which caused a disturbance in the campus.

“The proctor office has no objections when students protest and raise slogans in the campus against the killing of a terrorist in J&K, or burn papers after implementation of 10% reservation for economically backward. But they have a problem when we take out a Tiranga rally with slogans of Bharat Mata Ki Jai?” Singh was quoted by Times of India.

Reports stated that the yatra was organised to raise awareness about donating for the families of martyred soldiers through the mobile app.