Kerala CM, whose Govt helped in breaking centuries old tradition at Sabarimala, has no right to say anything in religious matters of Hindus ! If Kerala CM is showing this much sincerity to implement SC order about Sabarimala, then it should also direct Kerala police to implement court order about noise pollution and remove all hooters from mosques in Kerala ! Will Kerala CM dare to do so ? – Editor, Hindujagruti 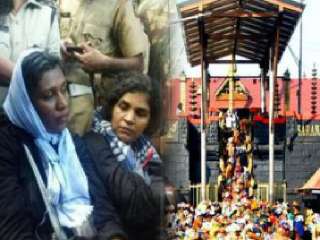 Thiruvananthapuram : A day after Sabarimala tanthri closed the sanctum sanctorum and conducted purification rituals after entry of two young women on Wednesday, Kerala CM Pinarayi Vijayan said on Thursday that the action amounted to violation of the Supreme Court verdict.

Terming the tanthri’s actions ‘strange’, the CM said he should have resigned from his post if he was against implementing the court order. “Both the tanthri and the Travancore Devaswom Board (TDB) were parties in Sabarimala case and the court had heard their arguments. The tanthri has every right as an individual not to agree with the verdict, but he has no other option but to implement the order if he chooses to remain in his position,” the CM said.

On the temporary closure of the sanctum sanctorum on Wednesday, Vijayan said the power to make such decisions rests with the TDB. “The tanthri’s action was in violation of the devaswom manual. The TDB should examine it and take action,” he said.

However, Congress leader Ramesh Chennithala came out in support of the tanthri, saying: “The CM shouldn’t try to threaten the Sabarimala tanthri like he does with IAS officers. Believers are fully convinced that what had been done by tanthri after the visit of women was 101% correct.” Vijayan denied allegations by Congress and BJP that facilitating the entry of the women was a pre-planned move by the state government and the police, and said he came to know about the incident only after the news appeared on TV channels.

“As I know now, these two women, after their unsuccessful attempt earlier, approached the police again seeking protection, which they gave. The women were not taken in a helicopter or given any special consideration. There was no protest and even other devotees helped them have darshan,” the CM said. Clarifying that protection being given to young women devotees was not due to any disrespect towards the beliefs of Ayyappa devotees ‘but due to government’s loyalty towards Indian Constitution’, Vijayan reiterated that the government has no other option.

“However, entry for all to Sabarimala alone cannot change the wrong notions of society for ensuring gender equality. There will be big movements like the Women’s Wall campaign in the future and the state government will support all such movements which can face and defeat social evils and blind traditions,” he added.