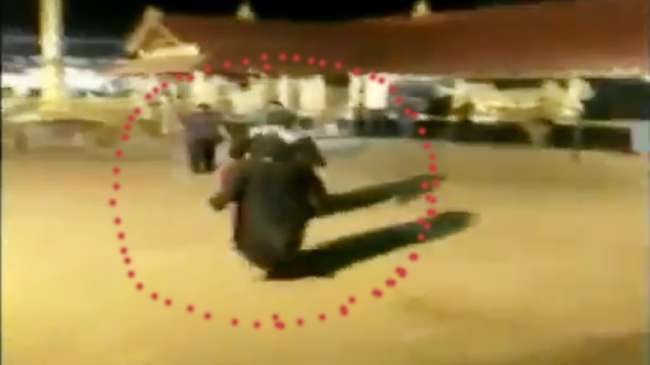 The communist government of Kerala has decided to move heaven and earth to disrupt the centuries-old tradition of Sabarimala temple of disallowing entry to women. For the last few months, despite peaceful protests from Ayyappa devotees, the Kerala government has made an attempt to insult their sentiments. Two women were taken close to the temple in an ambulance and their entry in the temple, in black burkhas, under police protection and in a sly fashion, was administered. It has now come to light that these women are not devotees of Shri Ayyappa but workers of the Communist party. What are they trying to achieve by slyly entering the temple without any devotion ? This is a betrayal of Hinduism, Shri Ayyappa Bhagwan, and crores of devotees. The Kerala government seems to be on a desperate mission to destroy the religious traditions in Hindu temples and degrade their purity. This is extremely reprehensible. If the communist government of Kerala is truly progressive and against the cultural practices, then in similar fashion it should demonstrate the entry of Muslim women in Kerala’s Jama Masjid under police protection – Hindu Janajagruti Samiti’s National Spokesperson Ramesh Shinde has challenged.

The Hindu religious scriptures also have a mention of the theory of action and reaction. As per this theory, the sins of this action have to be borne by the Kerala government and those acting against Dharma, is certain ! Despite peaceful protests from devotees of Shri Ayyappa Swami, the Kerala government made use of the police force. They unleashed police lathi charge on the congregation of devotees that included women, thereby injuring hundreds of devotees. The vehicles of devotees were damaged. Till now, more than 5000 devotees have been booked in an attempt to squash these protests. The Kerala government is better off not testing the patience of Hindus. Shri. Shinde has further said that if the Kerala government is so adamant about enforcing the so-called gender equality and if they have the courage, then it should walk the talk by demonstrating the entry of women in Kerala’s Malankara Mar Thoma Syrian Church and mosques where the entry of women is prohibited.