All pro-Hindu organizations will bravely foil the malicious ploy of imposing ban on Sanatan Sanstha! – Warning by Warkari Sampradaya 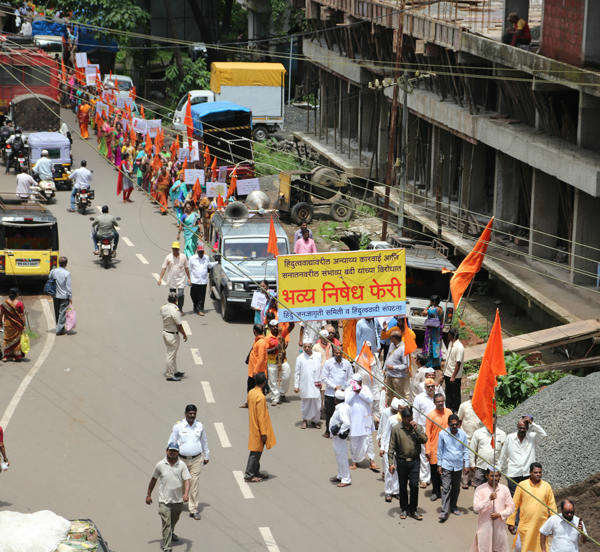 Chiplun : Sanatan Sanstha has been selflessly propagating Hindu Dharma and culture; creating true awareness towards Dharma amongst Hindus. It is increasing patriotism amongst Hindus; but so-called progressive factions and secularists are defaming such patriotic and devout Sanatan and hatching malicious ploy for imposition of ban on Sanatan. All pro-Hindu organizations will, however, valiantly foil such ploy, was the warning given by Chiefs of Warkari Sect on 6th September; during protest march taken out against demand for ban on Sanatan.

Local ‘Swarajya Sanstha’ i.e. Gram-Panchayat, Panchayat Samiti, Nagar Parishad (Town Councils), Zilha Parishad, Devasthans, festival committees and Sects can pass resolutions opposing ban on Sanatan and send the same to the Government; besides, one can write to Government on simple post-card, at personal level, in support of Sanatan.

2. Shri. Bhagavan Borate, a municipal councilor garlanded the statue of Chhatrapati Shivaji Maharaj in the premises of town council.

3. The march was taken through areas like Markandy- Market- Central Bus-stand concluding near Panchayat Samiti where it culminated into rally.

4. The march was concluded with recitation of Bhagavan Shrikrushna’s shloka.

5. A representation against demand for ban on Sanatan was submitted to Chiplun’s zonal officer for forwarding it to the Chief Minister.

6. Shri. Suresh Shinde did compeering of the program. 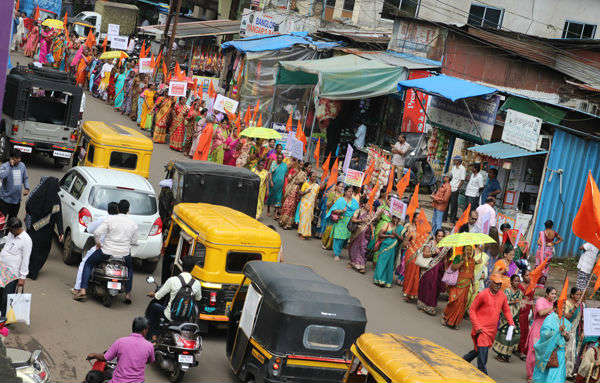 It started raining as the march reached Bhogale; still nobody left the march in the middle.

Participating Saints, organizations and dignitaries in the march