And our politicians are dreaming about ‘peace talks’ with Pakistan after election of new government ! Indian Govt should note that Pakistan should be given tit for tat answer for killing of our soldiers and citizens ! – Editor, Hindujagruti 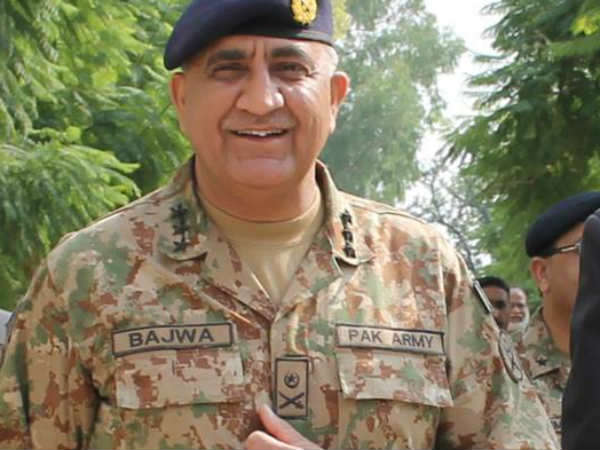 Speaking during Pakistan’s 53rd Defence Day, General Bajwa vowed to give a befitting reply to those casting an ‘evil eye’ on his country.

“We will avenge the blood flowing on the border,” Geo News quoted General Bajwa, as saying in the presence of PM Imran Khan.

“Our armed forces and the entire nation have learned much during their service to Pakistan. Fear and terrorism were thrust upon us. Our homes, schools, places of worship, recreational sites and national institutions were attacked,” he said.

“Efforts were made to weaken and divide us from within. But I salute all the citizens of Pakistan and the ones safeguarding our nation who fought remarkably in these difficult times and stood against such elements,” the Pakistan Army chief added.

Pakistan’s present government is backed strongly by the army. However, ever since the new government had come to power it had been talking of building peaceful relation with India.