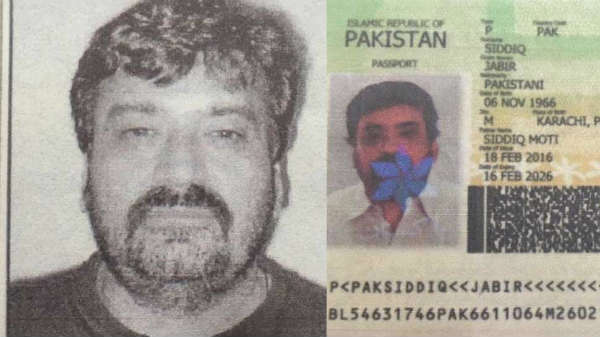 London : A key aide of Dawood Ibrahim, India’s most wanted terrorist, was arrested by British police at London’s Hilton Hotel on Friday.

Jabir Siddiq, aka Jabir Moti, is believed to be the right-hand man of Dawood, managing his investments in the UK, UAE and around the world.

The Pakistani national, reportedly in the UK on a 10-year visa, is likely to have been held on drugs related charges.

“We are unable to release any details at this stage,” a spokesperson for London’s Metropolitan Police said.

Jabir Moti, 51, is believed to be close to both Dawood and his wife, Mehjabeen, as their finance manager.

Jabir’s arrest on Friday is likely to have been a result of intelligence sharing between India and the UK.

Dawood, the mastermind of the Mumbai serial bomb blasts in 1993, remains the only “Indian national” on the UK Treasury department’s ‘Consolidated List of Financial Sanctions Targets in the UK’ updated on Thursday.

The fugitive gangster’s place of birth is recorded as Kher, Ratnagiri, Maharashtra, and his nationality is listed as “Indian” with a recorded Indian passport, which was subsequently revoked by the government of India and then goes on to list a string of Indian and Pakistani passports acquired by him and misused.

“Father’s name is Sheikh Ibrahim Ali Kaskar, Mother’s name is Amina Bi, Wife’s name is Mehjabeen Shaikh. Also referred to as Hizrat and Mucchad,” the listing on Dawood, first made on November 7, 2003, notes.