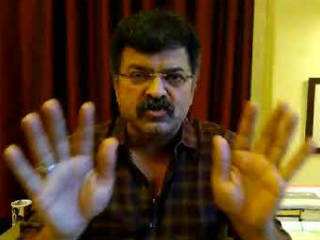 Mumbai : Warkaris were furious with the deplorable remark by MLA Jitendra Avhad of NCP that, ‘Sant Tukaram was murdered’ through Facebook live and they protested saying that Jitendra Avhad should apologise publicly or should give evidences in that regard. Reactions pertaining to this remark by H. B. P. Chaitanya Maharaj Dehukar, the 11th heir of Tukaram Maharaj and H. B. P. Rana Maharaj Vaskar, were published in Dainik Sanatan Prabhat.

When rage of warkaris was expressed through all media, then may be helplessly but Jitendra Avhad told a news-channel reporter, “If sentiments of warkaris are hurt due to my remark then I beg their pardon.’ Avhad did not forget to tell that, ‘I am telling the same history of attacks on Tukaram Maharaj written by many people like A.H. Salunkhe. If to tell this truth is a crime then I have done it.’ When criticism came from all sides, Avhad’s remark too was removed from the ‘Face book’.

Avahd dying for publicity was criticising the Government for distributing Bhagvadgeeta in schools and told journalists, “I know Geeta by heart’. Hearing this one of the journalists asked Avhad to recite Geeta for 2 minutes. He could not recite the shloka properly, instead of saying, ‘‘यदा यदाही…’ he said ‘यदा यदासी..’ and could not proceed further. Thereafter stating that I know Bhagvadgeeta, he started reciting the Geeta on ‘Face book’ and again he failed. That is why many laughed at him. Hence that post too was deleted. Vice-president of BJYM presented Bhagvadgeeta to Avhad.