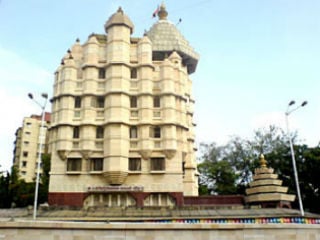 Siddhivinayak Temple draws faith of devotees of Lord Ganesha from all around the globe. Be it Deepika Padukone, Aishwarya Rai Bachchan or even Salman Khan, whenever it comes to seeking blessings for their upcoming films, Siddhivinayak turns out to be the favorite destination of all superstars. Not only people from India, Apple chief Tim Cook and Brazilian footballer Ronaldinho turned out to be Bappa’s fans too.

The temple receives huge amounts of donation (over Rs. 75 crore) every year in the form of both cash and gold and hence it often falls prey to mishandling of funds by the authorities. The temple was recently caught in a controversy after its trustees were allegedly involved in corruption on certain levels.

Here are some of the shocking revelations about the scam!

What Is The Whole Issue About ?

An audit which was carried out by Shree Siddhivinayak Mandir Trust Bhrashtachar Virodhi Kruti Samiti; an organization formed to raise voices against frauds for the accounts of temple trust, has pointed out that a total of Rs. 12,91,291 was spent by the trustees in the guise of study tours and government’s water conservation scheme (Jalyukt Shivar) between January 2015 and August 2016.

The sum total includes an expenditure of Rs. 8,11,259, travel allowance of Rs. 4,80,040 and other expenses for food as well. Such expenses are forbidden under the temple trust law and one needs to seek the permission of government for doing so.

Who Are The Culprits ?

Virendra Ichalkaranjikar, the legal consultant of the Samiti stated in a press conference that on account of the tour organized for Siddhivinayak Cancer Hospital, Miraj, from 27th to 29thJanuary, 2015, the bill submitted was for check-in in a hotel of Goa by Praveen Naik, a former trustee.

This raises the concern if he had travelled to Goa for merriment in the name of study tour.

Moreover, what is difficult to comprehend is that how Goa came in the way between Mumbai and Miraj? On the same day, another trustee, Harish Sanas hired a different cab for travelling the same distance without seeking any prior permission.

And this raises another relevant question, why did Sanas hire a cab for the same route on the same date? This clearly indicates the extravagance by trustees for travelling purpose.

In another study tour organized to Tirupati Devasthan, expensive modes of transport were used by trustees despite of cheaper modes being available. Also, the reports submitted for the tour were found to be ridiculous.

“There is absolutely no need for such unreasonable expenditures and the expended money should be collected back from the trustees“, Samiti officials said.

One of the Samiti members, Dr. Amit Thadani stated, “During this time, Govindrao Adhik was the Minister of Law and Justice and Diliprao Sopal was the State Minister. These two ministers have approved donations given to the trusts owned by them to the tune of 50 lakhs and 20 lakhs respectively. It has come to light that in this manner crores of rupees have gone into the coffers of many organizations due to the selfishness of politicians citing emergency reasons.”

What Will Happen Next ?

The government was unaware of the embezzlement but the Trust Audit report of the Mandir brought out in August 2016 highlighted the frauds very well.

Although the issue has been brought to the notice of Ministry of Law and Justice now, no strict action has been initiated yet.

Punitive actions against trustees involved in scam were demanded by the devotees and temple authorities were threatened with protests outside the temple premises on 25thFebruary. New trustees have nothing to do with the issue.

Fence Is Destroying The Fields

Siddhivinayak Temple has always been a place of great faith for devotees of Lord Ganesha. However, trustees who have greased their palm with corruption have created serious dents in their faith.

The donations made to the temple for welfare of needy were misused. This is a complete betrayal of the faiths laid in them by devotees. Hence, strict screening of grants becomes pertinent.