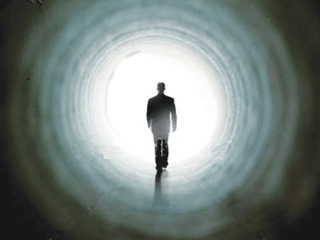 1. Origin and meaning of Spirituality

B. Parmartha: This word (परमार्थ) is derived from the words, param (परम) and artha (अर्थ). It thus means acquiring knowledge about the supreme meaning or the Supreme Principle.

Only the one who first qualifies as a seeker and later as a disciple can become an authority in Spirituality, that is only he can get spiritual experiences about the soul principle.

“So long as the culmination of all human capability is death, it is inevitable that wise people shall look beyond worldly duties and turn away from the material world. Firstly, his remedies to obtain happiness do not impart him with happiness. Secondly all his endeavours, including worldly knowledge prove inefficient, as the origin as well as the end of the manifest world is unknown to him. ‘One thing is certain and the rest is lies. The flower that has bloomed once forever dies.’ This quote by Umar Khayyam, a great Urdu poet illustrates the futility of all worldly knowledge. Hence, quotes such as, ‘Path of glory leads but to the grave’ suggest the helplessness of worldly capability.” Spirituality is exactly contrary to this.

4.2 Subject which bestows eternal and supreme quality of Bliss (Anand)

The following quotes are well known in this context.

There being innumerable subjects in the universe, studying even for several births shall prove insufficient to become proficient in all of them. To merge into the omniscient Lord one has to become omniscient. The Lord has however made this easy by providing us with the subject of Spirituality. This is the only subject in which if one acquires omniscience, one knows everything about other subjects. This is because finally all subjects have originated from it.

4.4 Actual fulfillment of acquiring a birth as a human being repeatedly

Man is born again and again for two reasons. The first, that is 65%, to complete his destiny by enduring it and the second, that is 35%, to make spiritual progress so as to acquire Bliss (Anand). Both these causes are related to Spirituality. Refer to point ‘Why is man interested in Spirituality ?’

4.5 Useful both for spiritual practice with and without expectation

Many people experience the truth of what Saint Tukaram has described when He said, “Happiness seems as minute as a grain of barley while unhappiness seems as huge as a mountain”. In an average person’s life happiness is 25% and unhappiness is 75%. Since most people do not know how to attain Bliss, each one tries to acquire at least temporary happiness through the five senses, mind and intellect, by way of such things as eating one’s favourite dish, listening to music one likes and so on. Similarly, one makes efforts to overcome unhappiness by taking medicines during an illness, getting the television set repaired when it breaks down, etc. In the case of patients, if one is to explain briefly so as to convince one intellectually, then spiritual remedies are extremely important in the following two types of illnesses.

4.6 Realising the importance only when the need arises

One considers the thing that one needs to be of importance whereas, we do not give importance to others. The same holds good with Spirituality. One realises its importance only when one requires it! One who does not require it says, “I am content with my family and worldly life. What will I achieve by repeating (chanting) The Lord’s Name, meditating and undergoing suffering? Besides I cannot find the time to spare for it too.”

5.1 Desire to find out the Creator

Each one feels like finding out the one from whom he has been created and feels like returning to Him. For instance when one comes of age, if one comes to know that one’s mother is foster and that the real one is elsewhere, then one goes in search of her. If one goes on a vacation to a beautiful foreign land, at some point one feels like returning home. Similarly, each one feels at least subtly like going in search of the Creator and desires to return to Him.

5.2 Desire to go from the impermanent to the permanent

One feels like giving this impermanent life a support of the permanent (Spirituality). That is, one feels like going from incompleteness to Absoluteness at some time or the other as there is a certainty of finding everlasting Bliss on this path.